The purpose of the Netgear AC750 Wifi Range Extender (model EX3700) is to increase coverage of the wireless signal provided by a wireless router or access point.
How does it work? It connects to your wireless network and creates two new wireless networks, one with 2.4 GHz frequency and one with 5 GHz, so that the devices placed too far from the router can connect to the Netgear Wifi Range Extender instead of directly to the router. Alternatively to creating two networks you can choose to make the AC750 create one network only combining the two frequencies: this way the signal should be more powerful and reach farther compared to having two separate networks.
Let's see how much it works.

Refer to my house map in the 3Com OfficeConnect review, a two floor house, 100 square meters per floor, the router is upstairs near an external wall, downstairs all the floor is covered but the signal is quite weak.
Let's see if and how much the Netgear AC750 Wifi Range Extender improves coverage. I didn't test the AC750 thoroughly in this situation because of time but it's interesting to see the result anyway.

If your wireless network was set up automatically, with pretty standard settings and without tweaking the security features, you should get your Netgear AC750 WiFi Range Extender up and working just following the step by step setup manual. If that's not the case and you enhanced your network security hiding the SSID or restricting access, and you want to make things easier or you're not that trustworthy that everything would work at the first try, you may choose to change your wifi settings so that SSID broadcast is enabled and MAC address filter or ACL is disabled (see your router manual if you don't remember how to do it); this is not necessary according to the user guide but I had some problems making the AC750 detect my hidden and access controlled network, so I chose the easiest way to temporarily unhide it and disable access control.

Now, for the security tweakers. 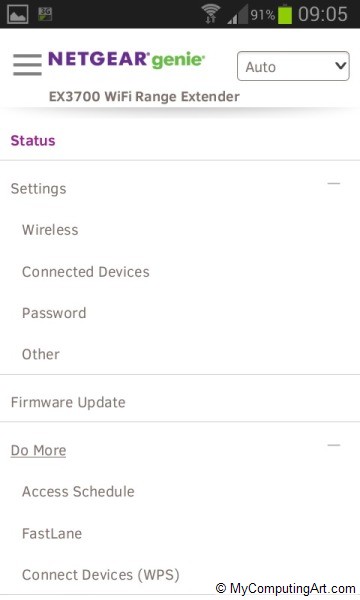 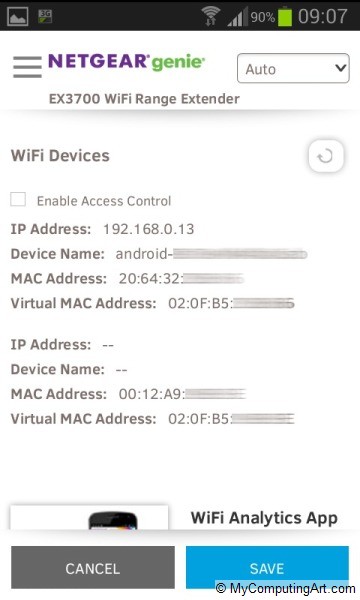 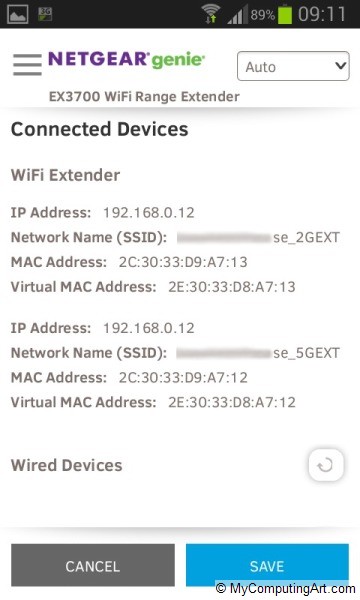 Positioning the Netgear AC750 Wifi Range Extender in the room below the balcony, the router led stays green, meaning the signal from the router is good, and the signal in the farthest room, with three walls in between, has improved just a bit, with the amber device LED indicating the signal received by the client device is weak.
Moving the AC750 to the next room (no doors), just two meters farther, the router LED stays green and the signal in the farthest room improved a little more, with the device LED still amber.
Moving the AC750 to the opposite side of the same room, three meters towards the critical room, the router LED becomes amber: there's a terrace above the ceiling which the waves cannot pass through, and the position is too far to get the waves coming down through the indoor balcony.

What does it mean? If the signal is weak because waves are blocked by walls, a wifi range extender could improve the signal but don't expect miracles, unless you can "play billiard" with the waves around the walls. Besides, surfing the web in the farthest room was nearly impossible; the Netgear AC750 Wifi Range Extended made it possible now, it's not very fast because the signal is weak but it works where it didn't before.

Not many obstacles, the potentiality of the Netgear AC750 Wifi Range Extender is fully exploited.

I would say the Netgear AC750 Wifi Range Extender does what it promises, within the limits of what can be expected from waves and obstacles; the aim for me was to strengthen the signal in situation #2 and increase the area covered by the wireless signal in situation #1: it just did both.

Donate
Did I save you time or trouble?